Honestly, I have absolutely no motivation to study for the maths exam this Friday. Can anyone help me? I offer $100 internets money as reward. You know where to find me.

Pic related – it’s the guy I don’t listen to. Does anyone else think that McCain might actually stand a chance, if he wasn’t a pompous jerk? And maybe if he didn’t repeat half of that he says over 9000 times? Not to mention his stupid agenda of labelling Obama as a corrupt terrorist. I mean, shit… This is directly relevant to “Money as Debt” for those wise enough to have watched it already. If you haven’t, then what the f*** is wrong with you!!! Watch it now.

Go and read the Article Holy shit, this is the most awesome game ever! It’s free, lightweight (2.xMBs) and runs perfectly on wine!
http://www.dominategame.com

It’s so good, I was playing it until 5:30am last night…errr this morning :P 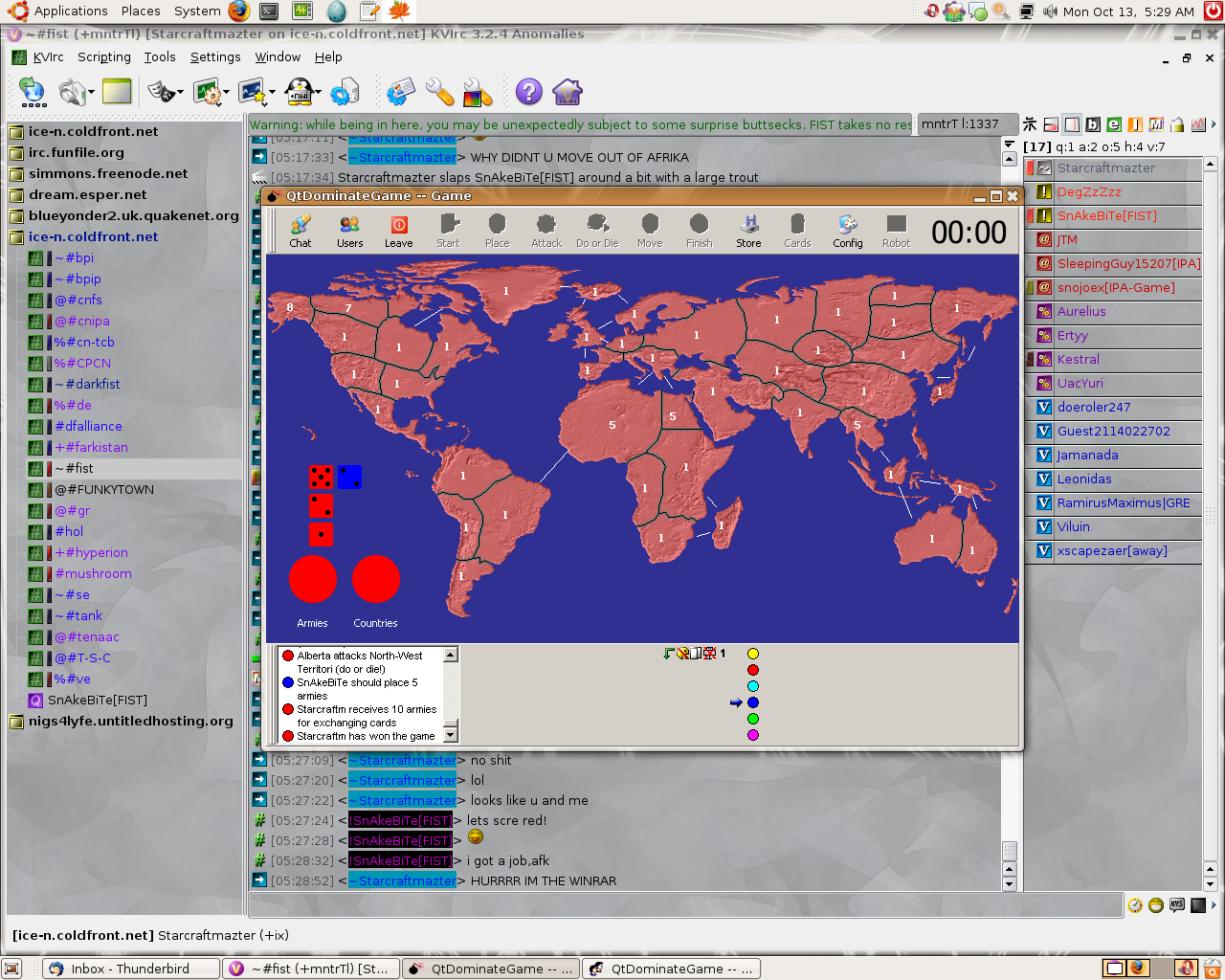 This was on letterman couple of nights ago, so damn funny thought I’d post it here. Course, if you didn’t watch the debate, you may not find it as funny. PS. Sorry for the overflow of rage pics…but…yeh.